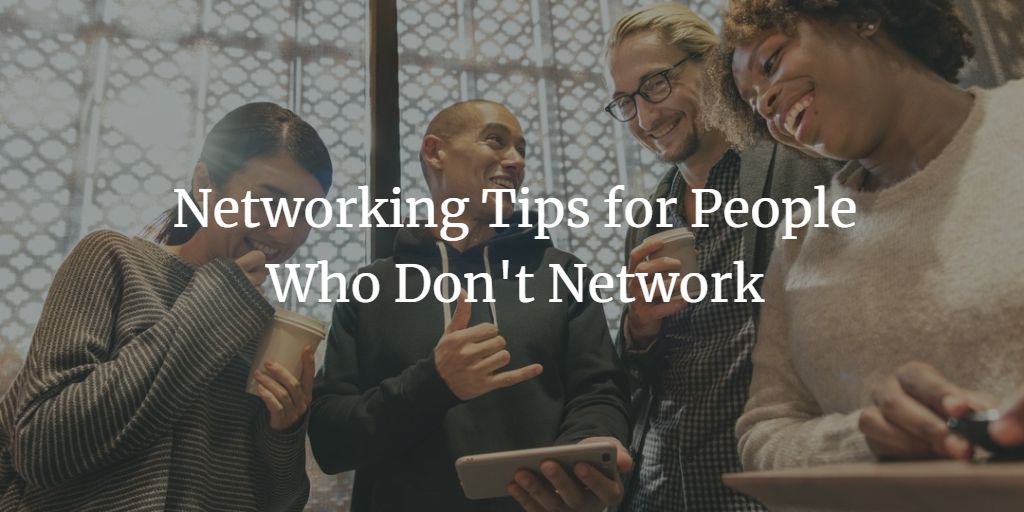 I am not a natural sales person. On a shy to out-going scale, I am pretty much right in the middle. I get energy talking to people, but often prefer time for myself.

Which makes the tasks of networking a rather interesting one. It’s something I had to learn to do for my business development activities at Sony and at my previous company where I was meeting potential clients through in-person networking.

Here’s a list of networking tips I’ve learned in the last decade that had worked for me as someone for whom networking does not come natural. (These are in no particular order)

You don’t have to talk to a massive number of people.

Do what feels right to you. Push yourself a little bit but don’t force yourself so much that you get burnt out / anxious.

Talk to any one available, when you need to warm up.

Sometimes the first step is the hardest. So give yourself some time to warm up your networking muscles. Start with someone who’s available - they don’t even have to be part of the event/conference. This could be the photographer at events, the one person at a booth that no one is talking to…etc. Get your vocal cords working and it’ll start to get easier. Particularly with service people who often seem a bit bored.

Don’t sell people what your are selling

Networking is not sales. I know we all have our goals in mind - what we want to get out of going to a conference. But it’s a huge turn off when people start to sell before getting to know each other. I take a long-term view to networking - build relationships and just let people know what you are doing from time to time. (Unless if it’s a speed-dating type of thing, for example a flash pitch where you are talking to different investors every 5 minutes. Then pitch!)

Don’t worry about talking to the “right” people.

You never know who might turn out to be the right person. At GDC one year, I was taking a break from “networking” and walked up to a designer manning a card-game table. A few rounds of the games later, we exchanged contact information. I wasn’t pitching and simply enjoyed the chat and the game. About a year later, he became a client with two great projects for us to work on!

If you have trouble approaching people, let people approach you.

I started the Seattle Unity User Group years ago to make new friends who are also into game development when I first moved to Seattle. What I came to realise is people will know you as the organiser, and often come to you for help or just to say hi. All I had to do is to show up. (Obviously there’s a ton of other things you have to do to host monthly events, but that’s a separate subject :) )

You don’t necessarily have to start a new group. You can also help out existing groups and create natural opportunities to network.

If you are talking to people in a group, and notice another person coming by and trying to join in, open up some space for them and create eye contact - they are trying to join the conversation and network, let’s make life easier for them.

This one is a bit of a hit and miss and mirrors the one above. I try to find a group that looks friendly to join in on the conversation. Keep a smile, listen to what’s discussed, and if one person is giving you eye contact, great! Eye contact them back and smile! It doesn’t always work because you don’t know what the group is about (maybe all from the same company discussing something internal - leave if you realise that), and you won’t know if they are open to new comers or not. But no harm in trying.

Do give it a few minutes before you give up though - sometimes people just need to finish what they are discussing before acknowledging you.

You don’t want to keep talking to the same person for too long. They might not know how to end the conversation and you don’t want it to get awkward. Simply say good talking to you, we’ll keep in touch (if you intend to), and wish the other person a good event. If I don’t know how to end a conversation, I’d tell people what I am planning to do (I am going to grab a drink, I am going to see what food they have available, I am going to check out those booths, or simply, I’ll go mingle some more).

Don’t worry about keeping scores. You are likely going to be doing a lot of networking throughout your career. I think the most important thing is to find a style that works for you instead of forcing it. It’s a marathon and your goal is to get more and more comfortable talking to strangers and building connections - a great skill to have, and not one you need to rush.

If you struggle with talking to strangers who are all standing around in circles talking among themselves, try a more activity-based approach. It’s easier if you join an activity to start talking to people who are also participating in it. There are often demos at conferences you can join in. Or, get into a queue for drinks and talk to people in front or behind you in the queue. You can always start the conversation with “This is a long queue isn’t it” ;)

Before and after the event.

You can also connect with people on the commute to and from the events. I’ve met people sitting next to me on the airplane going to GDC. “Are you also going to GDC?” - an easy conversation starter.

The most important thing for me is understanding my own style and energy. I know what type of events work best for me, and if I can manage myself to have enough energy, I tend to have more success meeting more interesting people.

I still do this and stay in my head too much. Just have fun, and know that most people are in the same shoes, and likely are talking to people they went with. They want to network with you as much as you do with them!

Going as a group

Let others join your conversation, and spread out to different corners of the space so you are not tempted to keep talking among yourselves.

For my fellow non-native English speakers

If English isn’t your first language, don’t worry about it. Confidence is more important than having perfect grammar. A language is used to communicate and as long as you can get your points across, don’t worry about the details.

Alcohol can potentially help ease your nerve, particularly at evening events. However make sure you know what amount works best for you, and what timing works best for you. When to have alcohol is as important (if not more so) than how much to have. Knowing when alcohol starts working for you (when you are tipsy enough to do your best work but not too drunk to be effective) helps you plan your usage.

My Next Networking Challenge

Networking used to be a scary word for me. It’s something I was forced to do at business school, and learned to tolerate and eventually to understand and embrace. My next challenge is to continue growing my network while being a parent with limited time for events - perhaps I need to switch my focus to online groups and communities? If anyone has any tips, please share in the comments!